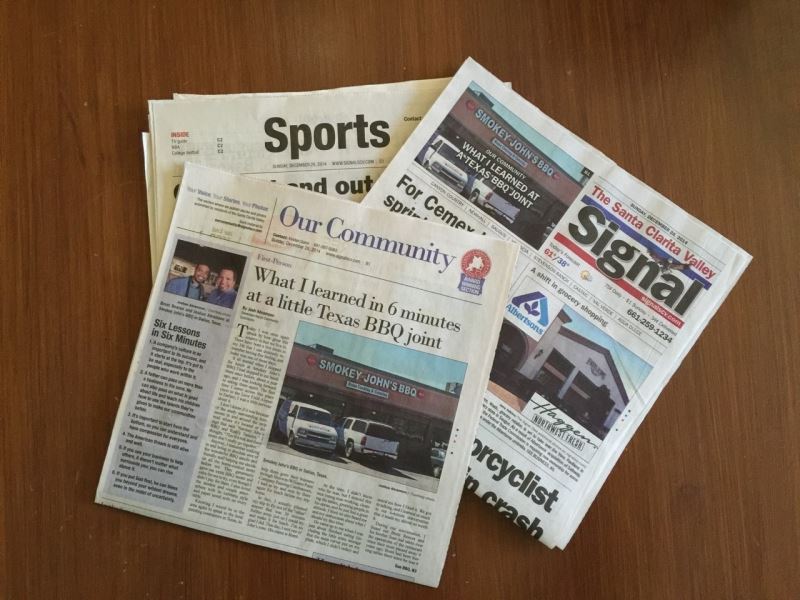 It was a nice surprise (and honor really) to open up our local newspaper this past Sunday and find the article and blog that I wrote called “What I learned in 6 minutes eating at a Texas BBQ joint.” My wife was impressed but I’m not sure of my two boys. They seemed to be a little more nonchalant about it.

There it was, printed inside the Signal Newspaper, which included a teaser about it on the Front Page Headline. It was just as nice to see it published there as it was to see it published nationally, a few weeks earlier, by the American Painting Contractor Magazine. I’m not a writer (at least I don’t think I am), but it has been really rewarding to see it being received so well. I’ve also enjoyed hearing from so many about how much they liked the article as well.