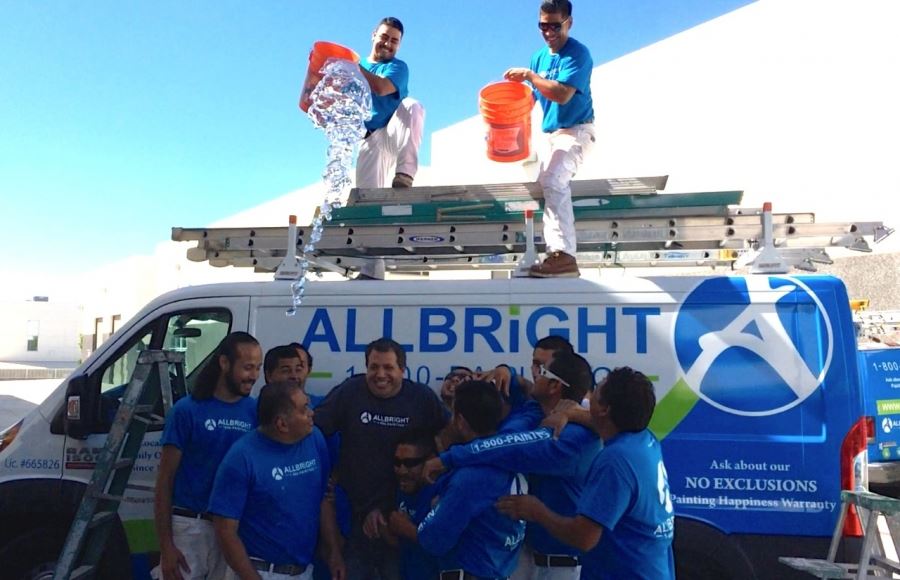 As many of you know by now this ALS Ice Bucket Challenge has taken the world by storm and, of course, it didn’t pass by us without a splash.  After I was publicly challenged by Steve Burnett with Burnett 1-800-PAINTING, I decided to challenge the ALLBRiGHT PAINTING Happiness team because I knew they would want to join in the fun to bring awareness to this dreadful disease.  Before we all had ice water dumped on our heads, I asked the team who they wanted to challenge …and without hesitation they called out three companies, Dunn Edwards Paint, Sherwin-Williams Paint and Nolan Painting (a mentor of ours in Philadelphia).  Watch the video.

We hope these fun events will not only bring awareness, but they will also bring about a cure in the near future for those who suffer from ALS, so that’s why we are donating the money as well.