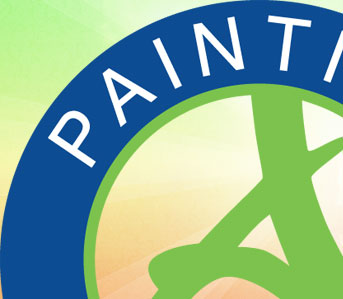 Why go green with paint?

Today’s paint carries far fewer toxins than its ancestors (lead), but Volatile Organic Compounds (VOC’s) and other paint chemicals remain hazardous to people, air and water. “Every time someone opens a can of paint, we do damage to the environment.” It’s called a CO2 event. In some cases, air quality is worse inside than it is outside. We need to do all we can to make the indoor air quality better for everyone. Although ever-tightening standards and regulations have slashed VOC emissions, they remain a major threat to health and air quality, the EPA reports.

Indoors, highly concentrated VOC’s pose an off-gassing risk to its occupants. Outdoors, VOC’s that leave building environments create harmful compounds that contribute significantly to smog. “In 2002, paint & coatings emitted over 2 million tons of VOC’s from the off-gassing,” the EPA reported in its 2008 Sector Report. Other paint toxins are discharged in wastewater that flow to our waterways and then out to sea. Did you know that Americans dispose of nearly 70 million gallons of architectural paint each year?

Perhaps it’s no surprise that the nation’s toughest environmental watchdog is located smack in the middle of its dirtiest air: Southern California. The South Coast Air Quality Management District (founded in 1947 as the Los Angeles County Air Pollution Control District) generally leads the U.S. environmental charge. Southern California’s legendary smog can be crippling, especially during peak painting summer months. SCAQMD’s highly developed standards are the most stringent in the country, and many eco-watchers expect the district’s paint standards to become the baseline for national benchmarks in the near future.

We here at ALLBRiGHT PAINTING know all about green standards of paint because we got a surprise visit from the AQMD after they read the SCV Business Journal article in April 2009 regarding our revolutionary new paint process. Upon their visit, they discovered that Allbright Paint could possibly set the new benchmark for how paint is brought to the American public. They said, “If you can do it, then we know it’s possible for others to follow.” Not only does our paint meet the AQMD standard, it shatters it because of all the other “green” aspects of air quality components it has: less warehousing, storage facilities and shipping (another big CO2 event). They mentioned that we may be given the highest award – The Crystal Award – something they’ve never given out from their location.